To create an image, select the necessary volume or physical disk in the left part of the program and choose “Save Disk” in the “Tools” menu. 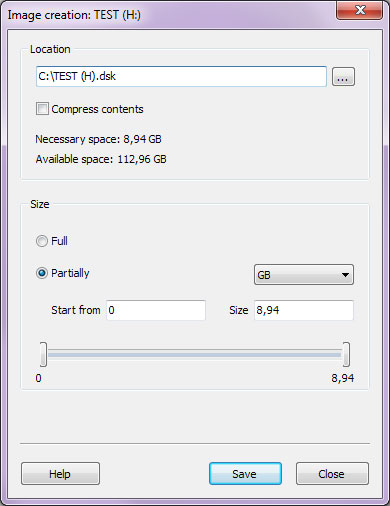 The “Compress contents” option is available only on NT-based operating systems (NT / 2000 / XP / 2003 / Vista / 2008 Server / 7). The contents of the resulting image will be compressed with the standard Windows LZNT1 algorithm, thus reducing the size of the generated image and saving disk space.

To close the image, select the mounted disk in the left part of the program and select “Close Disk” in the “Tools” menu.