East Imperial Soft updates Magic Uneraser, the company’s entry-level file recovery tool, giving it a major performance boost. Version 3.1 implements an all-new disk analysis algorithm, and delivers a major increase in the speed of disk analysis and recovery. Magic Uneraser 3.1 finally breaks through the speed limit. Starting with this release, the recovery speed is only limited with the speed of the storage media being recovered. In addition, the new release enhances support for NTFS family of file systems, gaining the ability to access and recover NTFS alternative data streams and recover MFT records and file attributes belonging to deleted files and folders. 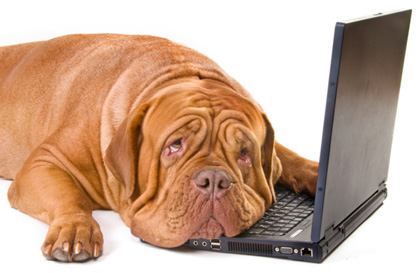 Magic Uneraser is an affordable and easy to use solution to unerase deleted files. Supporting both Windows file systems, FAT and NTFS, Magic Uneraser can reliably unerase files from magnetic and solid-state media of all makes and models. Magic Uneraser incorporates years of research and development, featuring sophisticated file carving algorithms and offering real-time performance only limited with the speed of the disk being recovered. Its wizard-based user interface makes file unerase easy even for novice computer users, while is sophisticated data recovery algorithms yield impressive recovery results even if the file being recovered was erased a long time ago.

The newly boosted performance made it possible to employ an Explorer-like interface, enabling the users to browse the disk and view deleted files in real time without performing preliminary disk analysis. Opening a folder full of deleted files now takes about the same time as opening a folder with Windows Explorer. By implementing a powerful Explorer-like view as opposed to only offering a step-by-step wizard, Magic Uneraser appeals to an even greater audience than ever before.

Magic Uneraser is compatible with all 32-bit and 64-bit versions of Windows from Windows XP to Windows 7 and Windows 8. Windows 2003 and 2008 Server are also supported. Magic Uneraser recognizes all versions of FAT and NTFS file systems including NTFS-compressed files and alternate data streams, and supports all types of magnetic and solid-state storage media.

Founded in 2002, East Imperial Soft provides data recovery tools to home and office users, service companies and OEM builders. The company offers retail, OEM and white-label data recovery solutions, supplying a comprehensive lineup of recovery tools. The company’s usability research lead to the development of algorithms enabling its tools to operate in real time, making the speed of its last-generation tools only limited with the speed of the storage media being recovered.