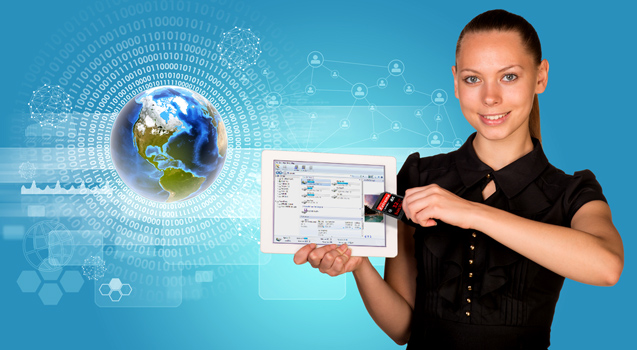 Many smartphone users are surprised to see their brand-new devices only supporting memory cards up to 32 GB. Is it something in the hardware, or is it more of an artificial restriction?

Some other users are trying to copy data from their 64 GB micro SD cards only to discover their cards are unreadable, often being prompted to reformat the memory card (after which, if they accept the prompt, the data is gone).

So let’s try to solve the mystery and see what’s going on with 64 GB SD cards.

One thing you must know about 64 GB cards that conform to the “SD Card” standard and logo is that there are no 64 GB SDHC cards. No micro SDHC either. All 64 GB and 128 GB cards are built to a different specification called SDXC.

The SDXC format (Secure Digital eXtended Capacity) was announced in January 2009 to lift the limit of 32 GB for previously available SDHC cards. The use of SDXC cards requires an SDXC-compatible reader. This is one of the reasons some older smartphones (as well as some of the cheaper newly released devices) equipped with only SDHC-capable readers are unable to use 64 GB micro SD cards.

The same is true for many digital cameras, especially those released before 2009-2010. Your brand-new 64 GB memory card may fit physically, but may not be recognized by your digital camera as supported. If this is the case, you are limited to 32 GB cards – which may not be a bad thing after all, since if you happen to lose data stored on that memory card you’ll only lost half of what you would if you used a memory card twice the size.

What about your computer? If you have an older PC with a built-in SD card slot, or if you are using an older SD card reader, chances are it will be unable to access that memory card, in some cases prompting to reformat (which you shouldn’t agree to, or you’ll lose the data).

But what if you’ve got a brand-new smartphone, or a brand-new digital camera officially supporting SD cards up to 32 GB, tried using a 64 GB card and received the “Card not supported” message? If this is the case, and if the device we’re talking about was manufactured in recent years, it may use an SDXC capable reader. There is another reason why SDXC cards may not be compatible with older devices.